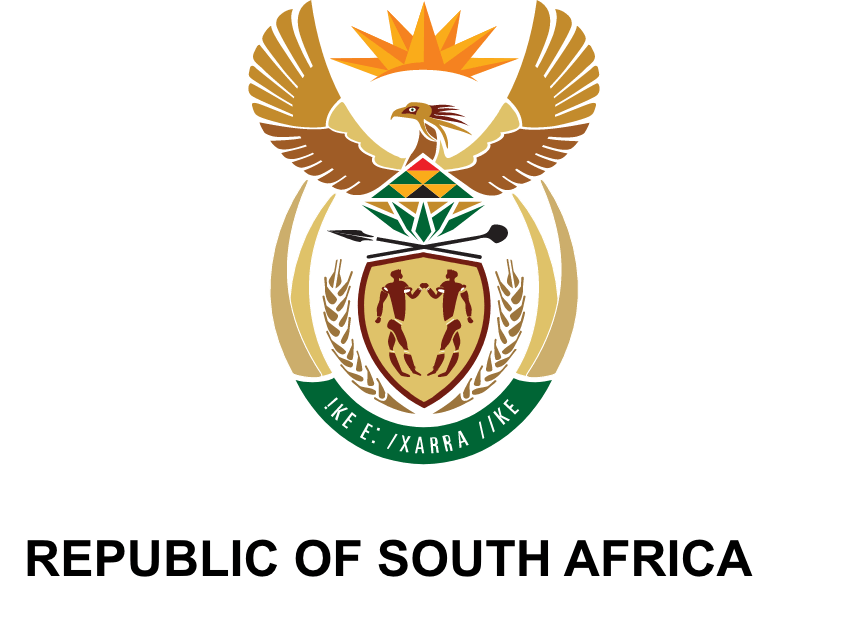 The economy will grow at a faster rate than our population

If South Africa is to successfully reduce poverty and unemployment, far higher rates of growth are required. This growth needs to be inclusive and create jobs.

TO REACH THIS GOAL, WE WILL:

The economy will be growing at faster rate than our population

Within the next decade, it is our ambition that our economy should be growing at a rate far greater than our population. It is only when we reach consistently high rates of growth that we will be able to reverse the economic damage of our past.

We are intensifying our investment drive and our efforts to improve the investment climate. Of the investments totalling R300 billion announced at the inaugural Investment Conference last year, projects worth just over R250 billion have entered the implementation phase. 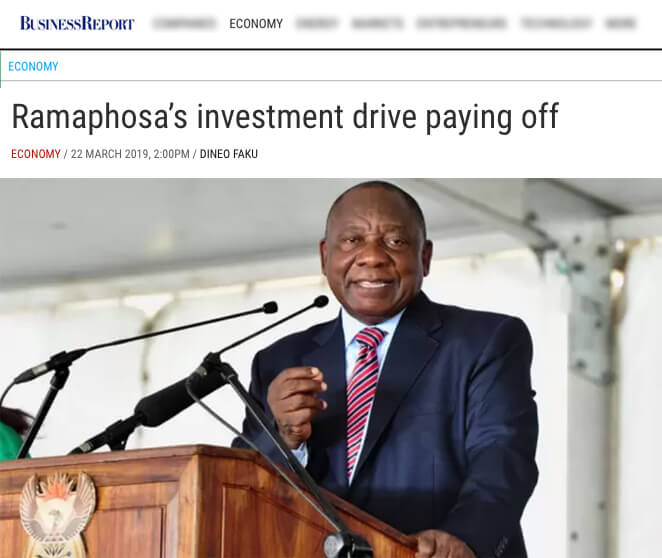 More investments are also in the pipeline and will be showcased at the second South African Investment Conference to be held on 5 to 7 November.

The private sector has committed to invest R840 billion in 43 projects over 19 sectors and creating 155,000 jobs in the next five years.

Our new approach to infrastructure development is based on stronger partnerships between the public and private sectors, and with local communities.   This includes a special package of financial and institutional measures to boost construction and prioritise water infrastructure, roads and student accommodation through a more efficient use of budgeted money. 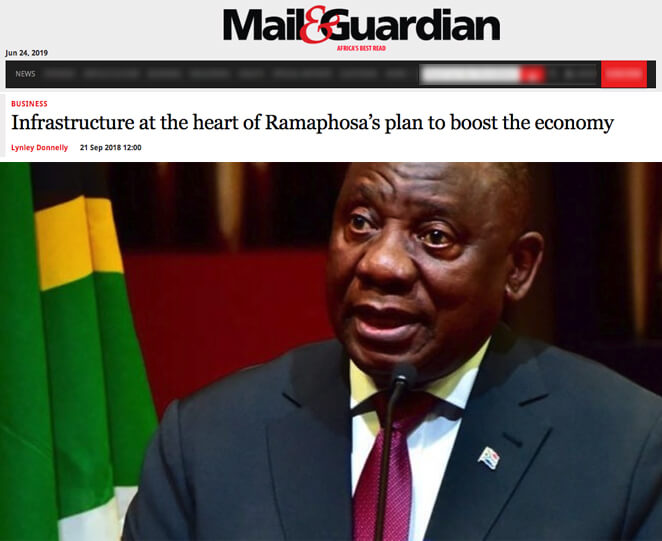 As announced in the previous SONA, government has set aside R100 billion to seed the Infrastructure Fund. We are working to institutionalise the fund, which will be managed by the Development Bank of Southern Africa, with the newly configured Department of Public Works and Infrastructure playing an oversight role.

Leader of the GOOD party, Patricia De Lille, was appointed Minister of Public Works and Infrastructure when President Ramaphosa announced his new Cabinet earlier this year.

Government’s work in the area is being done in consultation with private investors, such as pension funds, who are enthusiastic about participating in the Infrastructure Fund.   These reforms will ensure better planning of infrastructure projects, rigorous feasibility and preparatory work, improved strategic management, impeccable execution and better governance. This will provide a much-needed boost to the construction sector.

Government will give priority attention to the economic sectors that have the greatest potential for growth.

Drawing on our successes in the automotive sector, master plans will be developed with business and labour in industries like clothing and textiles, gas, chemicals and plastics, renewables, and steel and metals fabrication sectors.

To bolster the mining industry, government will work to develop markets for South African minerals through targeted beneficiation, reduced costs of inputs, and increased research and development.